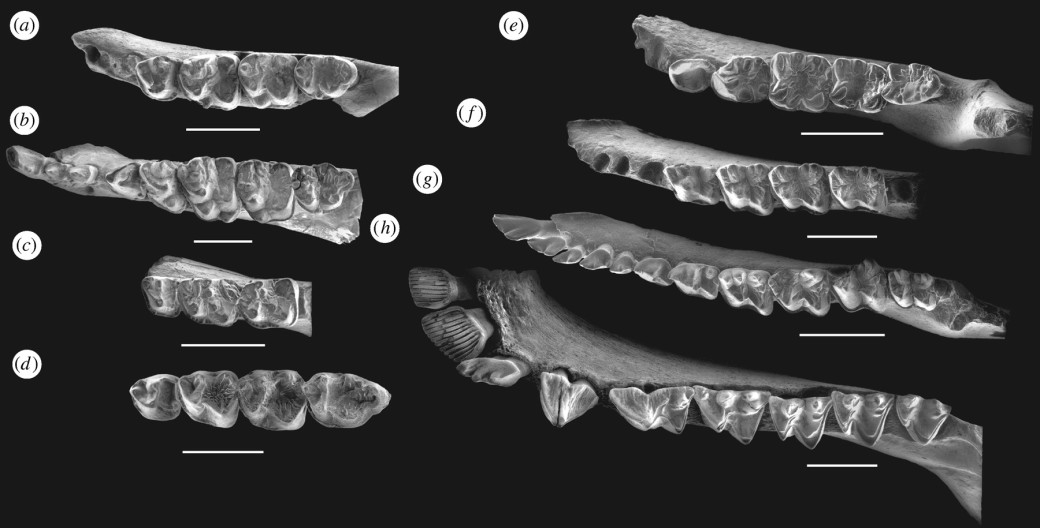 Primates and their plesiadapiform relatives, which had been numerically abundant members of mammalian faunas in North America for much of the preceding Paleocene and Eocene epochs, appear to wither and die off before the end of the Chadronian Land Mammal Age*, as climates took a sharp turn from the equitable times of the Eocene toward the “snowball Earth” of the Oligocene. However, a few stragglers appear to have hung on. These latest surviving primates in North America (spare much later dispersals of platyrrhines from South America) belong to the sparsely represented but apparently geographically widespread genus Ekgmowechashala.